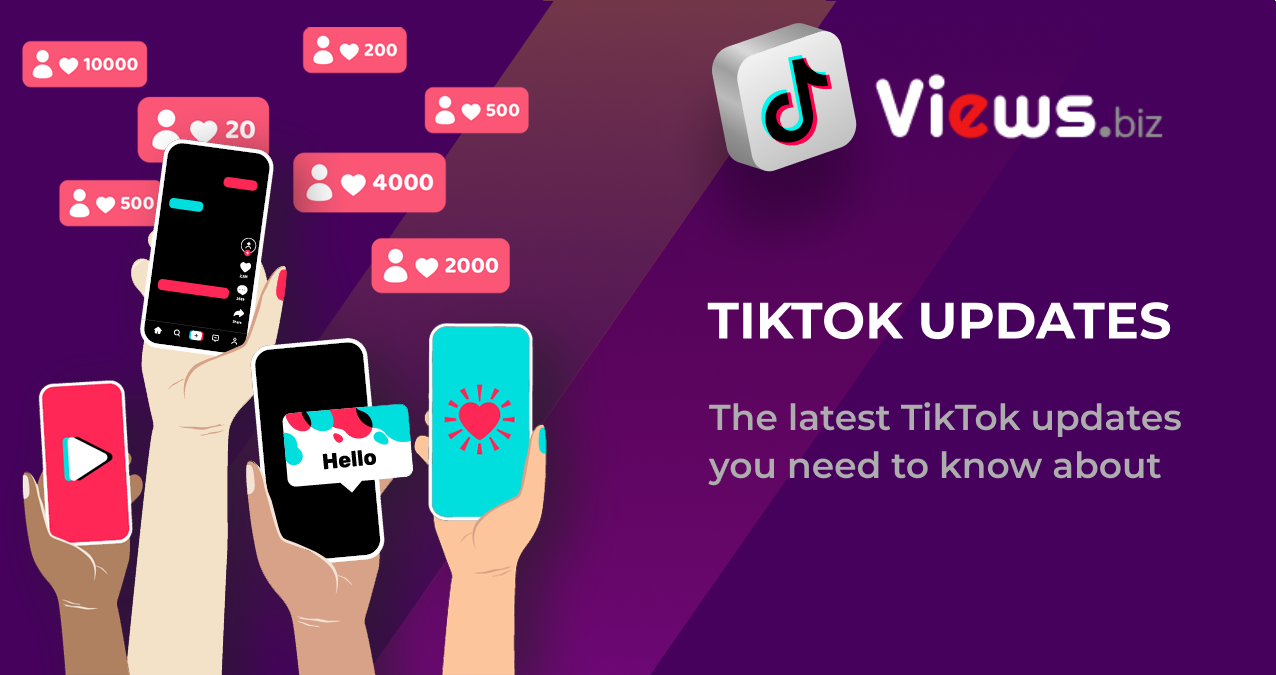 New TikTok Features and Updates in 2022

Since the release of the TikTok, it has grown more and more because of a sudden increase in its user base. The app wasn’t always this popular.

Back in 2016 when it was first launched, it wasn’t really a hit as it was just considered as a platform where people uploaded videos where they were lip singing. People didn’t find the app much amusing because they had already seen the same functionality in another app.

But since then, the app has come a long way. They’ve been constantly coming up with new ideas and updates that would keep the users keen so that they would use the app more.

Right now the app has over 689 million users internationally, with the US having over 100 million monthly active users alone. Now, it’s not only Gen Z who have contributed to TikTok’s growth; more millennials and older generations have fallen in love with the app, creating more authentic content and niche audiences.

Today we’ve outlined all the latest TikTok updates you definitely need to know about.

Matt Navara, a social media consultant, has shared a few insights on the latest updates on his Twitter account. TikTok has now introduced a new “Noise Reducer” feature which would enable the user to edit and reduce the background noises. This means that now you will be able to improve the sound quality of your videos.. #2 Video Links in the description

With Noise reduction, comes another feature which would allow the creators to add links of their videos while uploading a video on the app. This means that you will be able to add around 15 videos in your post.

This is really great for brands and companies as they can now easily direct their potential customers directly to more videos and thus increasing the opportunity of making a sale.

Last year, TikTok came with an update where they introduced a new “Visual Enhancement Button”. This button would automatically improve the videos quality and would perform the all necessary correction so that your videos would look great.

This feature was brought into existence because most people don’t really know how to use different video options and thus the button provides them a one tap option to glory.

TikTok is testing its own version of Twitter’s retweet with the addition of a new “Repost” button that allows users to amplify videos on the platform by sharing them with their own followers. But unlike a Twitter retweet, the reposted video will not show on your own TikTok profile — it only sends the video out to your friends’ For You feeds. And if you change your mind about your Repost, you can tap into the Share menu and then on “Remove Repost” to undo your re-sharing. This will delete the message you’ve added, as well, TikTok notes.

In some cases, TikTok users are seeing the Repost button labeled as “Recommend” because TikTok is still playing around with the language it wants to use here. But like the Repost, the Recommend button also prompts users to share why they’re re-sharing the video with others.

It looks like the video-sharing app is testing their stories feature in a hurry because similar to the name, the placement of the story is still not decided yet.

When you are scrolling down the “for you page" the stories are identified by the blue "story" tag instead of having its own tab right now, as spotted by MattNavarra. TikTok stories are available for 24 hours like Snapchat and meta-owned Instagram.

Who can see these stories? Previously you could see the stories of those who you are following, but now TikTok changed its setting. The stories on public profiles will be visible to everyone. According to the social media consultant Matt Navarra's tweet, now you can create stories via the '+' button instead of the sidebar.

While you’ll be preparing for the new TikTok features, we suggest you to promote yourself on this platform with our best services

Read more about TikTok Promotion in our previous articles: